Niall Cooling is a Chartered Engineer and Feabhas founder, one of the leading independent providers of training and consultancy for real-time embedded systems development and software competency. He has been delivering training and providing consultancy and mentoring to a wide variety of leading electronics companies world-wide for over 20 years. Niall regularly works with a wide range of industries, ranging from industrial control to consumer devices and defence. Much of his recent work has been guiding companies around the necessary skills and tools to comply with automotive standards, such as ISO 26262, MISRA-C and Adaptive-Autosar.

CMake and the Dark Arts 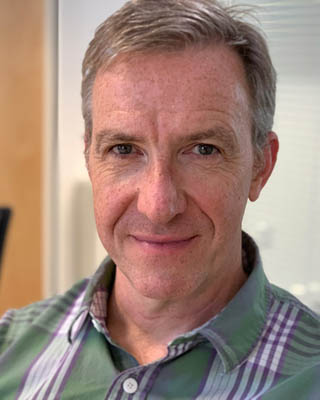 For many years embedded developers have relied on building an application image by invoking a "build" menu option with their development IDE. Unfortunately, this can lead to two challenges; first, it doesn't scale very well when a team of engineers develops a codebase. Second, it often ends up with an independent and often complicated set of scripts to create the complete build.

Build systems were developed to simplify and automate running the compiler and linker and are an essential part of modern, agile software development. Historically GNU Make has been the de facto build tool for many years but can become challenging to maintain as codebases grow.

Recent surveys show that CMake has become the build system of choice for the majority of new C/C++ projects. This presentation introduces the CMake build system and explains the steps required to add it to an existing embedded C/C++ project. It will also discuss "the good, the bad and the ugly" of CMake. By the end of the presentation you should be in a position to understand CMake based projects and make an informed decision whether CMake is the right tool for your future projects.

Thanks for the presentation. We are slowly moving towards using cmake and dropping the use of IDE-based compilation at my company.
Is it possible to explicitely tell cmake that the toolchain you want is NOT in the path, or/and that you want a specific version of the toolchain (to make sure all builds have the same results) ?

Hi Nathan,
Yes, that's actually pretty straightforward. As part of the toolchain file, you can just set up symbols for the full path, e.g. set up the path to ${TOOLCHAIN_PREFIX}, e.g. (this is a quick and dirty example)

And if it is in the path but you want to make sure you are using a specific version (or a minimum version) how would you do that ?

I wouldn't do it using CMake, I'd use (we do use) docker to build specific versions of the toolchain versions so the CMake is kept simple (i.e. in path toolchain) but the docker container gives a reproducible and comparable environment for building.

In regards to using "named collections" for source files, as opposed to globbing/wildcard, this is advantageous for one major reason, you can rebuild without re-running cmake and wiping out your last build. This is esspecially useful if your source takes a really long time to build. Just modifying the CMakeLists.txt to add your new source file and issuing "make/ninja" (or cmake --build

This was an excellent presentation! I've started running across CMake projects and had no clue what was going on. Your comparison of the current Make process to the CMake process made all the differenece for me in understanding how CMake is used.

Hi Brian
Really appreciate the kind words. Hopefully the next CMake based project may be easier to understand how it?s built.
Cheers
Niall.

Great intro to CMAKE. Looking forward to learning a little more on your blog. I do have a question about add_link_options( --specs=nosys.specs), I know I can google, but looking to what reason you use this - it sounded like you mentioned that it ignores printf in the debug builds, which is a little confusing to me. Thanks

Hi JK
The whole specs= is not especially well documented. It?s to do with setting up aliasing for pulling in different libraries. It?s on my backlog to write a blog about it as I went through the pain of trying to unpick the simple statement.
I?ll try and get something on the blog soon that will explain it all

why are nested CMakefiles in directories preferred to one CMakefile file in the root ?

The talk really didn?t have time to get into this in detail, but it?s all about localisation of change. CMake has a nice ability to create small ?components? (called libraries) within a subdirectory which help with build times and maintenance. Check out the blog and it might help clarify. But, as always, sometimes ?better? is subjective. Thanks for watching.

Hi Vim,
Thanks for the feedback. You?ll discover getting away from vendor specific environments Is like stopping banging you head again a brick wall ????
Cheers
Niall

Niall couldn't be available for a live Q&A today. If you have any questions or comments, please use this forum to post them and Niall will be able to respond later.